Recently, Mark Lightell, a 29-year-old endurance athlete, took it upon himself to try to convert to the LMHR phenotype with a two-week n=1 experiment. You can find Mark’s post about this experience here. Mark and Dave invited me to do a little commentary on Mark’s experiment. Here it goes…

First, I want to reinforce my respect for Mark’s scientific curiosity. As I wrote in my closing note to Mark’s post, “[T]he fact that Mark’s personal hypothesis leans towards isolated high LDL-C being sufficient to drive atherosclerosis (and, thus, less in line so with some in the LMHR community) does not preclude him from sharing a genuinely scientific interest in the LMHR phenomenon, nor should it. This n =1 experience is a testament to how those with different hypotheses can share scientific curiosity and collaborate in genuine attempts at pursuing scientific truth.” In fewer words, “GO Mark!”

With that, some thoughts…

Mark’s hypothesis was that “adherence to a very low carb ketogenic diet will produce a LMHR profile within a timespan of 2 weeks.” While the half-life of LDL particles would suggest a full conversion to the LMHR phenotype (LDL-C ≥ 200, HDL-C ≥ 80, and TG ≤ 70 mg/dL) could be possible in two weeks, I think it’s first important to consider the impact and timeframe of fat-adaptation.

The Lipid Energy Model (manuscript for publication in production) proposes that the high LDL-C observed in LMHR is driven by dependence on fat as fuel and on the LPL-mediated turnover of hepatically secreted VLDL. That’s a jargony way of stating that the LMHR phenotype is most likely to be exhibited in those who are fully fat adapted.

While Mark’s endurance exercise regimen suggests that his body should be good at oxidizing fat at baseline, the fact that his body was completely naive to carbohydrate restriction also means he probably did not achieve full fat adaptation within 14 days of starting a ketogenic diet. Of course, he did see a trend towards the LMHR phenotype (a doubling of LDL-C from 68 to 139 mg/dL) consistent with what the LEM would predict in an individual who is in the process of fat adapting, and upregulating VLDL secretion and peripheral turnover.

There are, of course, other explanations. For instance, synthesis of ApoB could have been rate-limiting, creating a metabolic bottle neck for the repackaging and export of non-esterified fatty acids upon VLDL, to be converted into LDL by LPL. Again, this is a jargony way of stating, metabolic change takes time, and I’m not sure one should expect full conversion to LMHR in two weeks.

The choice of both the baseline diet and the ketogenic diet were interesting. With respect to the baseline diet, it was Mark’s choice to consume a vegan diet to lower his LDL-C as much as possible as a run-in phase, although he doesn’t regularly consume a vegan diet. As he has disclosed, his normal resting LDL-C on a mixed macronutrient diet rests at ~130 mg/dL. Thus, the transformation observed in his experiment could be interpreted as a reversion to his personal baseline.

It is pertinent to contrast this scenario (vegan diet to keto-carnivore diet) against much of the current LMHR community who have converted to the phenotype from a standard mixed diet after changing to many forms of ketogenic diets (standard to ketogenic). In other words, in this case, we can’t distinguish between the putative contributions of the ketogenic diet raising the LDL-C or the vegan diet lowering it. That evidently creates a major confound in data interpretation that is important to highlight.

As I was not consulted on the formulation of the baseline diet, neither was I consulted on the formulation of the on the ketogenic diet. Mark’s ketogenic diet reflected Dave’s standard diet and included Colby Jack Cheese, Beef Franks, Hard boiled eggs, Diet Coke, with the addition of uncured bacon… for variety (that’s a laugh line folks). Mark explains that he “found the diet intolerable” and “had a miserable time.” All I have to say to that is, I probably would have reacted the same way.

Quickly, for those of you who don’t know, Dave and I are quite close and I love him like a brother. So, what I say next is written with a comedic tone (but with honesty): Dave’s diet makes me sad. Sometimes, after a nice dinner of smoked salmon with capers, roasted garlic, buffalo mozzarella and extra virgin olive oil, and dark chocolate with coconut manna for dessert, Dave and I will get on a Zoom call and I’ll see him munching on a piece of string cheese with a Diet Coke and my tongue will cry a little for him.

Point being, I don’t blame Mark for quitting the Dave diet after two weeks, especially when his gut had recently been adapting to veganism. (Talk about a shock to the microbiome! – It’s like tossing a giraffe into the arctic). The fact that he lasted two weeks is a testament to his strength. But the more serious point I want to make is that Dave’s diet is not necessary or typical of LMHR. You can be an LMHR while eating vegetables or without eating meat or eggs.

To Dave: You and I need to have a little chat about both your diet and – more pressingly – sleeping habits.

And to readers: We will shortly have for you a rather striking demonstration of how the LMHR phenotype can occur in the context of a low-saturated fat ketogenic diet. Let’s put a pin in that…

“Picking up the torch”

In his post, Mark expresses a desire for someone to “pick up the torch” and replicate his attempt to prospectively convert to LMHR, albeit over a greater time frame. I can here confirm that is being done. We have another community member who has self-selected to attempt to convert to LMHR over the next couple of months. Like Mark, she’s young, athletic, and by all measures metabolically fit with a baseline LDL-C on a mixed diet (not vegan) of 50 – 79 mg/dL. (Some other markers: HDL-C 73 mg/dL, TG 50 mg/dL, HbA1c 4.8%, insulin 4.9 uIU/L, BMI 24 kg/m2.) I think we will all be interested to see what happens.

Of course, these n = 1, while prospective, are not properly designed clinical trials. Hopefully, we will acquire the partnerships and resources to conduct these after publication of the Lipid Energy Model manuscript. Already, I’m noting more serious researchers within academia approaching us about this work. The ball is starting to pick up steam…

But, circling back to the point I made above, the most notable thing to me about individuals like Mark and our anonymous second subject is that their self-directed efforts represent an interest in a scientific curiosity (the LMHR phenotype) sufficient in magnitude to compel them to put their tongues, guts, and bodies on the line to pursue science. If that’s not being a citizen scientist, I don’t know what is.

As a final comment, Marks labs were also notable for several abnormalities, including but limited to leukopenia (WBC 2.2 – 3.0 x10e3/uL) and elevated bilirubin throughout the vegan and keto-carnivore stages, and thrombocytopenia while vegan (PLT 127 x10e3/uL). These abnormalities were largely pre-existing and we have reinforced his doctor position that he pursue a hematology consult. It’s important to acknowledge these other abnormalities, not only for their potential interaction with the results, but also to strongly caution others against embarking on dramatic lifestyle changes without professional consultation when one is aware of pre-existing conditions, especially dietary changes that may exacerbate pre-existing nutrient deficiencies.

Note from Dave: I laughed out loud when I read Nick’s comment above, “Dave’s diet makes me sad.” To be sure, Nick, that’s not actually my normal diet at all. The “baseline diet” is strictly for experiments and doesn’t include Diet Coke and bacon. But the three baseline components (+ vitamins & electrolytes) were selected against many criteria that includes availability and consistency when traveling, avoidance of preparation and/or cooking oils that could be confounding, and zero fiber – to name just a few. I wanted to get as few components as possible to achieve this baseline, and that’s where I landed. In short, it’s my version of a “ketovore chow” that has been very successful for replication of baseline bloodwork as well (such as with OxLDL Replication Experiment). We can discuss more in depth when we do a podcast on this experiment — should be fun! 😉 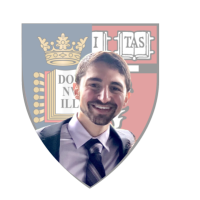 Very interesting observations! You might want to edit this sentence, though. “We have another community member who has self-selected to attempt to convert to LMHR over the sex couple of months.”

Very interesting to see HRV and resting heart rate trend in the opposite direction while on strict keto. Maybe our bodies do actually need a bit of carbohydrate in our diet after all?

HRV IS a new buzz and regarded as a potential single bio marker to track longevity and track the reversing of the aging process in our bodies.

I have noticed a similar trend on days after running longer distances and trying to keep a strict keto and sleeping well, at times my hrv would trend down instead of up using a whoop band.

So, this is very interesting not only because I’ve heard of this recently, but my LDL has gone high over the past two years and I also started the Keto diet three years ago. My doctor, to say the least, is concerned. I am a runner as well and participate in marathons occasionally. Normally I run about 10-15K on my own.

wpDiscuz
3
0
Would love your thoughts, please comment.x
()
x
| Reply
You are going to send email to
Move Comment